So why would I fear the future?

Regret...something I have not felt in the 3 years since I have known. I believed I was being courageous getting tested but I did not know how much the result would torment me. It tests me every day and as I stood in front of the mirror this morning putting make up on my face I felt a surge of regretfulness over the choice I made. I thought to myself, 'Wouldn't it be easier now if I had made a different choice?' I gazed at myself, 'Would I be the same person I am now?'

I had accepted the diagnosis readily with such ease but now something is stirring inside me screaming, 'I don't want it! The burden is too heavy'. Seeing my father beginning to show early signs of HD conjured up images, thoughts and feelings of my future. There is so much fear surrounding the disease's form of attack, the way it seems to strip away a person's identity. The way that daughter must look at father knowing she must become like him. 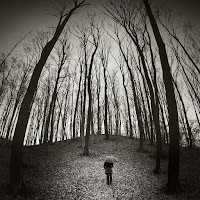 Wouldn't it have been easier now if I had not taken that test? I could at least put all my faith and trust in God that I would be free of disease as no laboratory results would say otherwise. Instead I have this piece of paper inscribed with my fate. Yet as I have free will I made the choice to see what lay dormant in me. Again it was confirmed as little embryos formed in me were discovered to hold the same toxic seed.

I have another choice before me- despite all this knowledge that has come from DNA, from doctors and generations before me do I still trust God that He will work it all out for good? Do I still have hope that somehow I could be healed from what is deemed an incurable disease? I made a choice and chose this path and I don't pretend it isn't harder- it calls for my faith to be so much bigger, it calls for me to look beyond what I think I understand and put complete trust in God.


"Then Jesus went to work on his disciples. “Anyone who intends to come with me has to let me lead. You’re not in the driver’s seat; I am. Don’t run from suffering; embrace it. Follow me and I’ll show you how. Self-help is no help at all. Self-sacrifice is the way, my way, to finding yourself, your true self. What kind of deal is it to get everything you want but lose yourself? What could you ever trade your soul for?"
~Matthew 16:24-26 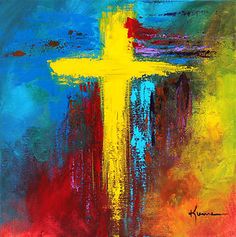 David may not have had a piece of paper to show for it but he had a death warrant on his life. Saul wanted him dead and it was battle that required David to put all his trust in God and in doing so his faith grew bigger and bigger each time. He reminded himself all the time of God's goodness and expressed his heart in the writing of his songs. So why would I fear the future? "Fear will never conquer me, for you already have!'"

So I pray that though this path is hard at times I will remember, "the deeds of the LORD; yes, I will remember your miracles of long ago", of how big our God is and how nothing is impossible with Him!! 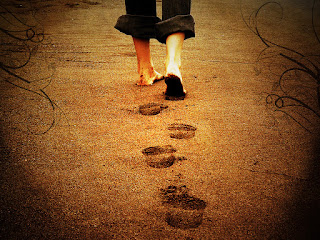 "So why would I fear the future? For I'm being pursued by Your goodness and unfailing love". ~Psalm 23 The Passion Translation.
Posted by Polly at 02:34