It's become quite obvious to me now that it's time I wrote about the anxiety which has been plaguing me strongly since the end of last year. It is time to declare this anxiety as being very small which it hasn't felt like as I have quietly fought with it. Doesn't something always feel so much larger when it is kept within the walls of your inner world? Yet when we lead it out into the open, into the bright stark light we see it for the first time in it's true size- tiny!

This anxiety has been a stranglehold at times, choking the life from me. It came with a suddenness into my life but with time spent in counselling I have seen how deep the grain of the anxiety lies. It had been hovering under the surface of my life for many years just below my conscious. With it being tucked away and hidden from sight it might have surfaced a little sometimes but still not enough to make me aware of the destruction it would cause. 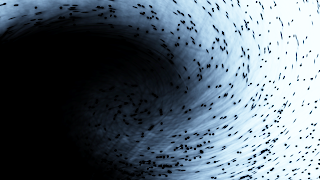 After a series of events in my life of difficult times, illness followed by a generational disease, culminated by 3 rounds of failed IVF and this year the tearing open of an old wound by the reemergence of my father in my life - all had a snowball effect upon the fear seeded in my heart. Suddenly fear broke through strong and hard, the surface was cracked and it was released.

Anxiety attacks began after the last failed IVF round and I entered this new year with a burden I didn't want to carry. I didn't want people to see me suffering with this anxiety and would hide it as much as I could trying to push it back into that secret place it came from but it would not go back into hiding! Soon my husband became aware of the anxiety and I caved in and told him all I had been feeling. A small part of me felt relief in releasing it from myself to another. This happened on Christmas Day last year and I started then on a whole new journey of now learning to live with this risen anxiety.

At times I sank into deep pits of despair and would feel so ashamed of the fear I was carrying. I found myself crying more often and my heart felt tender. Yet something became clearer with each attack a revelation would follow closely behind from God. The attack would bring such confusion and everything would feel completely foggy and unclear but usually straight afterwards a truth about myself would be revealed. Layer after layer was being peeled away and God was restoring light into my life. Every so often it would feel so dark but again and again God would shine through with the burning truth. He never left me, He was by side and walking through it with me. This process was painful but there was something in it, something more than what my eyes were seeing. God has been taking me on the journey of fear so it can be replaced, so it can be reinstated with Faith!

He is revealing more and more to me every day and my journey is taking shape and form as I see what true restoration really means! I have so much more that I could write but I breathe a sigh as I let go of the words onto the page...My heart feels lighter..

I must thank all those dear friends who have been walking this journey with me. 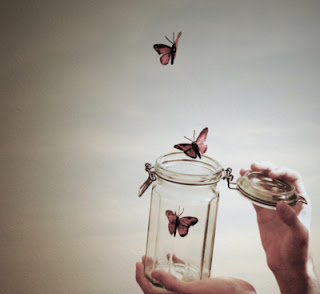