If I was to write all that has been happening in my life since February when I last posted on here it would take me many weeks to share everything! Yet I am compelled to share this incredible story of what God has been doing in my life this year!

Before I share what happened I will firstly explain the circumstances of my relationship with my Dad. After I was conceived my father had decided that he couldn't be part of my life. This decision was not made quickly and was wrestled with over a number of months. Many external factors may well have influenced the decision as well. It was messy and complicated. As I grew up I remember wondering where my Dad was but like with anything painful this was buried and forgotten in the events of life.

Up to the age of seven my mother had taken me a few times to visit my father but it was not well received, he was still sticking by that decision he had made. The last time I had visited him was when my mum had taken me to his place of work to give him a Christmas card. He worked in the offices on the top floor and the lady on reception had to ring up to him. I stood there waiting and she said to me, "I am sorry but your father has just left the building". He had run away from me...I left there feeling confused as to why my Daddy was scared of me.

22 years of having no father left me with a big hole in my life but I couldn't really see that until I found Father God! Father God began to show me that the pain in my life had left me more of a mess than I ever could have imagined. Many times I feel as though I have had light bulb moments from God as over and over he has revealed more and more of His truth!

The Lord was about to reveal something that would amaze more even more! It all began on Good Friday when we had a telephone call from Gillian (my father’s adoptive sister) who told us that sadly Kitty (my father’s adoptive mother) had passed away that morning. She was 87 years old and had been suffering with a chest infection. The news had left me feeling split between two emotions of sadness but excitement. I was sad that her time on earth was over but she was a believer and I knew that she would be in heaven with Jesus. Yet I also felt an anticipation of something good and this was because I knew that there would be a potential meeting between me and my father.

The funeral was scheduled to take place on 16th April at 12.45pm and I had been invited to go along with my mum and Jason. Just the day beforehand we had been to visit Kitty’s body to say our goodbyes. That was the first time I had ever seen a lifeless body before so I felt that I had overcome a fear of death by visiting her.

A week before the funeral I had met up with two friends from Church, Amanda and Diane, and I shared with them about the upcoming funeral. They knew all the circumstances about my Dad and the pain his absence had left in my life. So they prayed for me and their faith being great enlarged mine even more. I left them with an even more amplified expectation of God’s goodness to come.

Yet it wasn’t without testing! On the day of the funeral I felt a deep of peace in my heart and got ready feeling comfortable about the day ahead. Nevertheless as I got in the car and we started journeying towards the Church where the funeral was being held I had the worst anxiety attack yet to hit me! I wrestled in the car with the anxiety and the closer I got the stronger it felt. My chest tightened so I could barely breathe, sharp pains stabbed like daggers, my hands started to sweat profusely and I felt dizzy. With every twist in the road I felt pulled in every direction. The car felt like it was travelling too fast and I was overwhelmed with the sense of everything being out of control. I knew what the attack was and I knew why!

As we got to the Church we were late and the service had already started. Every step towards the Church had now become painful. I almost felt I had been inflicted with pain. The enemy had started whispering to me and an attack of the doubts had risen up. I felt so restless and as we went into the Church I was constantly looking for the man, who by name, was my Dad.

As I sat in my seat I felt barely conscious, there was a battle going on inside of me. The enemy whispered, “Go you shouldn’t be here, you don’t deserve to be here”. I felt a deep sense of shame had suddenly surfaced in me, tears kept welling in my eyes. I had sat near the door and the temptation was so strong to leave. I felt I was being purged of something that had long been sitting within me and it was all surfacing and rising. It threatened to overwhelm me but God had His hand upon me. This battle had long been decided that it was to be a victory for the Lord.

As I got out of the Church at the end of the service again we were late and had missed the intermediate family leaving first. My mum had rushed ahead to try and catch Gillian before they left for the Crematorium. Every step in that direction had again become painful. I didn’t even want to walk that way, I was on the verge of giving up when I had already got too close to the family party gathered ahead and was suddenly embraced in a hug by Gillian!

Then my eyes slowly turned and saw as my father rotated around and saw my mother standing there. He gave her a warm hug and kiss on the cheek and then his eyes fell upon me. The anxiety was gone. It had all disappeared in that second. I noticed immediately that there was difference in the way my father was looking at me. His eyes were penetrating and concentrated. He softly said ‘Hello’ and just continue to gaze upon my face. 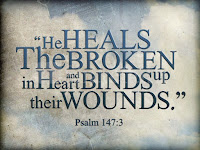 All of sudden we were off again to the Crematorium in which a short service saw Kitty’s coffin disappear behind the curtain. All filed outside to talk before many went onto Gillian’s house for refreshments. My father and I once again locked eyes across the crowd of people. He was slowly trying to make his way to us but kept getting stopped by others.

We were then invited back to Gillian’s which was completely unexpected! We were turning to leave and make our way there when my Dad caught us before we left. He said, ‘You’re not going are you?’ We replied that we were heading to Gillian’s. He seemed most happy then and was content to let us go. I felt he wanted to talk to me and I had an expectation of more of God's goodness to come.

At this point I was brimming with excitement but also felt a sense of shock and wonder at the turnaround of events. We travelled to Gillian’s and arrived after everyone else (again!), food and drink was offered and there was a buzz as the house began to fill up quite quickly. My Dad was busy chatting to everyone. There was a feeling of awkwardness for me as I didn’t know anyone but Gillian invited us into her empty living room and sat to talk to us for a bit before her hostess duties called to her.

After Gillian left we sat there for a bit with the odd person coming in and out. As time passed by I began to grow a little fidgety and said to mum and Jason, “Shall we get going now?” It was agreed upon and I summoned Jay to convey a message to my Dad, “Please can you tell Dad that we are leaving now and if he wants to have a chat before we go we are in the living room”. Jason got up and no sooner had he left were we joined by my Dad!

To my utter amazement he sat down next to me on the sofa and turned to look at me. There was some hesitation and nerves at first but unlike in the past there was an atmosphere of breakthrough. Time seemed to freeze as he looked into the face of his daughter. No words were spoken for some time. His face was softened and gentle as though melted by the radiance of love that shone there. It was as though he had just seen me for the first time. Every person who came in Dad would say, "This is my daughter Polly". I felt pursued. I felt wanted. I felt loved and precious. Something new had awakened in me.

An hour and a half passed in which the conversation had even reached football between Dad and Jason. I came away that day with words of hope and light. Dad had mentioned me visiting him and being able to ring him. He looked joyful and excited. 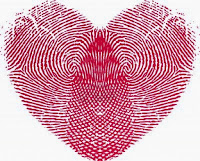 The Lord had just won a great big victory for me! Thank you Jesus! Oh how you have restored to me all that has been lost, stolen or destroyed! God's heart-shaped fingerprints were all over this moment! Upon reflection after the funeral I realised that it was though I had to become the pain for that moment, which manifested so strongly in me, in order for it to be released and replaced by God’s perfect love. As I had sat in the Church service all those feelings rose to the surface, rejection, shame, deep sadness, fear and all were swept from me…The verse from Psalm 51 comes to mind, ‘Create in me a pure heart, O God, and renew a steadfast spirit within me’.

Since then we have spoken on the phone 3 times and I have been to visit him in which we talked for 4 hours! This restoration is huge and one thing which I must tell you is that Frances (my counselor) and I had been working through all the issues of my childhood together because of the anxiety I had been suffering with. We had done so much praying for my father and the Lord had helped me to revisit those painful places in prayer and had worked it all for good!